This week, we experimented which amounts of coffee and water go well together in order to produce the most coffee extract. We were also preparing for our first oral presentation on our experimental results so far, as well as tying these experiments to lycopene extraction.

We had a certain number of cups laid out, letting the coffee brew over one cup and then changed between cups in 30-second intervals for a certain amount of time (150 seconds or above). After letting the liquids sit to obtain room temperature, we measured the volume of each cup as well as the conductivity.

We expected to find that the $$$r_1(\infty)\approx r_1(150s)$$$ratio to be roughly the same for all 3 experiments because intuitively, the same temperature and the same grain size would result in the same final concentration per initial $$$m_1$$$. However, the larger $$$m_1$$$ should be more practical to scale up to an industrial scale because we can extract more coffee at once before we need to replace the coffee grounds. We solved for the slope equation in each of the trials by graphing $$$r_1(t)$$$ on the y-axis and time on the x-axis with the usage of Excel. After a lot of time, they should all approach the same value, but the larger $$$m_1$$$ should approach it faster.

Experimental Goal: To determine what coffee grounds:water ratio results in the most efficient coffee extraction

According to Graph 1 and Table 1, we can see that the 10g of coffee beans results in the most coffee extract concentration. However, based on Table 1, we can see that each member has different amounts of volume of water used for all the trials. If we look at the extraction ratio located at the rightmost column of each trial, we can see that the ratios are basically the same between all the trials. We can also see this in Graph 2. Therefore, it really depends only on how much initial coffee mass is used. There could also be other factors affecting the volume of water, such as different coffee filter paper or different coffee filter cones since the amount of holes on the cones can vary. Another source of error is distributional shift coming from imprecise calibration curves when measuring conditions are different, especially when baseline water has a non-zero conductivity. 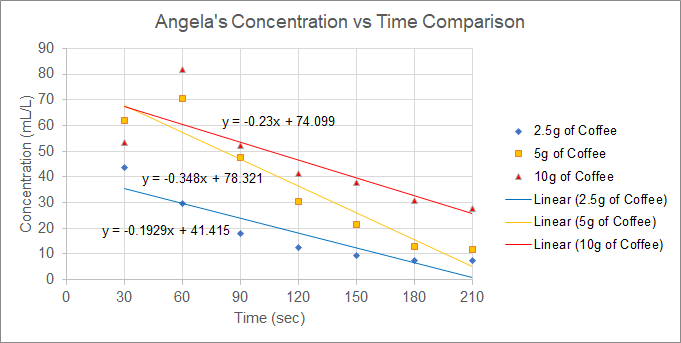 Table 1a: 10g of Coffee Beans has Largest Amount of Volume of Water Used and has Highest Concentration Value Set Compared to Other Trials Based on Angela’s Data 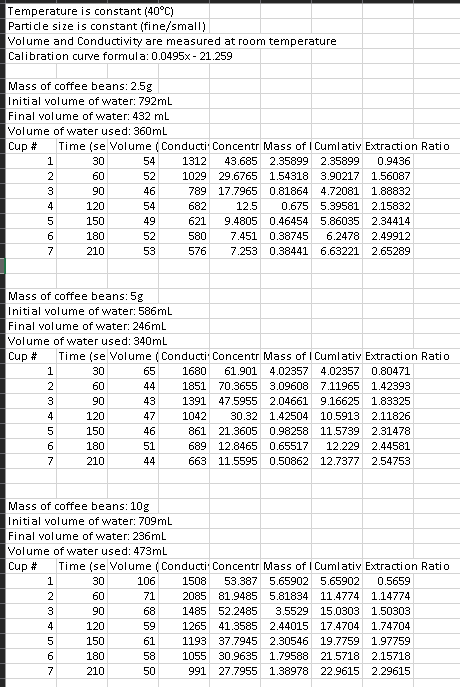 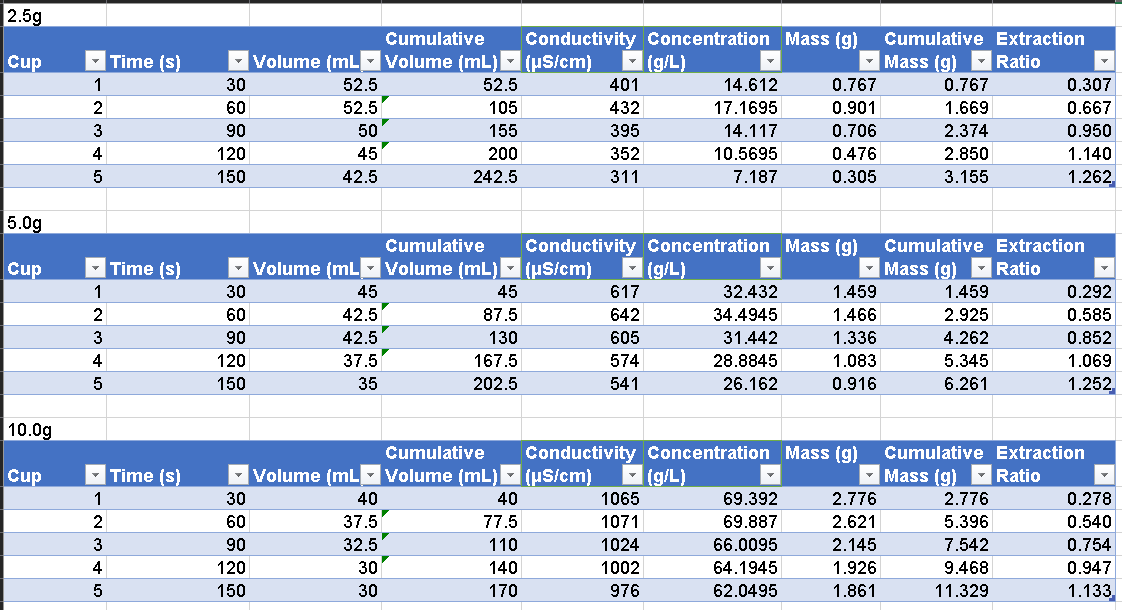 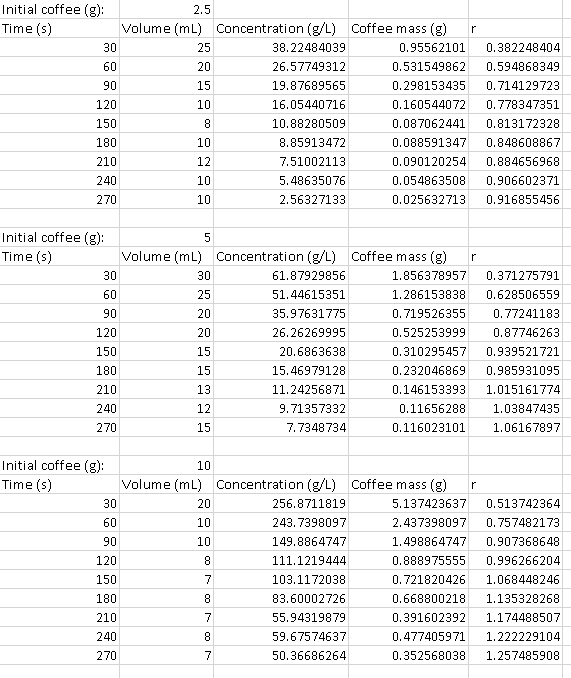